This site has features that require javascript. Follow these simple instructions to enable JavaScript in your web browser. Get rid of migraine pain - Last installment on the DATA Protocol 3/3
Featured, Migraine Relief

Learn how to get rid of migraine pain for our final discussion with Robert Kassab, creator of the DATA Protocol course and author of the upcoming DATA protocol migraine-relief book with the same name.

The first interview on how to get rid of migraine pain is available here, and the second part can be found by clicking on this link. I would encourage everyone to read the posts in sequence, since they have been broken down accordingly. 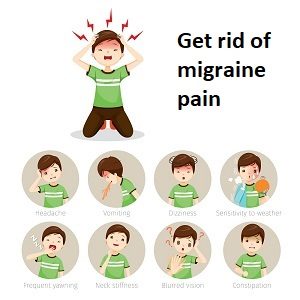 LWM: Your own challenges clearly played a big role in setting up the basic ideas behind the DATA protocol. What can you tell us about the protocol more broadly? What is the main goal?

I had desperately been searching for something drastic in order to reduce my own migraines. The episodes were impacting my work and the dynamic at home wasn’t great. Having essentially tried everything else without any success, I had become increasingly frustrated. This frustration led me to rethink the problem in terms of what I could do on my own. I was stuck, paying a lot of money to others in order to help with my migraines. But, it turns out that this was pointless.

Don’t get me wrong, most of us would like nothing more than to try and fix any underlying issue. Unfortunately, this can waste a lot of time. I would say that my “aha” moment came when I realized that the cause was secondary to the main goal. The primary objective centers on naturally reducing frequency to get rid of migraine pain and lower the number of episodes. But, how does one do that? That is the million dollar question, isn’t it?

To get rid of migraine pain, you have to take the long-view

I think most migraine sufferers are familiar with dietary elimination protocols. And these general elimination diets focus on removing common food items and ingredients known to be problematic. Items such as red wine, cheese, and dairy in general are commonly found all over. So, the obvious choice would be to quickly restrict the common items and hope for the best. As I touched upon, this rarely works, which brings me back to the main three issues that have to be addressed.

The first issue we should address is our  uniqueness

Elimination diets are not tailored to our own experience. Your body is very different from mine. What will impact you is not necessarily going to have an effect on me. We could say the same about migraine causes in general. Doctors tell us how difficult it is to try and isolate the instigators behind our migraines. And they generally point to the sheer number of possible variables that could be causing the episodes. Due to this large number, they ask us to not even bother. What’s the point, right?

And second, we must follow rules if we want to get rid of migraines

There tends to be a general absence of a rules-based system, which gives us a clear direction in terms of what to do and when. How often have you thought to yourself, “Just tell me what to do?” When you have a map in hand, and you also know how to read it, it becomes easier to get to the destination. One of the things we’re always looking for when talking to doctors is for them to tell us exactly what to do to get better. When it comes to migraines, they really can’

Finally, we need to consider the start

None of the elimination protocols ever consider the optimal starting point. If we don’t begin from the best possible starting position, it has tremendous implications for everything else that follows. The DATA protocol addresses all of these concerns and provides migraine sufferers with a clear path to follow, in order to effectively reduce the migraines over time. We establish a process specific to each individual, and in the right order. This is the key.

LWM: You bring up an important point. We’re talking about a serious time commitment, correct?

Yes. There’s no reason to say otherwise. Realistically, we’re looking at six to twelve months of intense effort. For many migraine sufferers, this will seem daunting at first. Relief is something we need right this second. However, without laying the proper groundwork, it’s essentially impossible to get rid of migraine pain. In the beginning, our focus centers on carefully learning as much as we can about the episodes. This allows us to then shift the focus and put our own episodes in the right context. By the time that we enter what I refer to as the more restrictive portion, we’re halfway down the road. This is when we would expect to see a clear change in terms of our migraine experience.

We should compare the time commitment against that of a typical migraine journey. When most of us finally understand that we suffer from migraines, we’re still hopeful that we can find and address the cause. What I mean is that we believe that there is a solution out there, which will help us get better. So, we spend a significant amount of money and time visiting doctors and specialists who have their own theories as to why the migraines are occurring. I would refer to this period as the honey moon stage, which can last up to two years. After this, however, the situation gets more difficult. We start realizing that the medical community is becoming less and less helpful.

How much time do we waste going from one type of medication to the next that doesn’t end up working?

By now, we have tried various medications that, at best, have shown mixed results. I estimated spending thousands of dollars each year, without getting anywhere. And in some instances, I would end up spending that amount over a few months, again without any progress. Because we keep spinning our wheels, we lose track of time. We might continue bouncing around one more year or two, trying supplements or other alternatives before finally giving up.  But at some point, however, we bow our heads, reluctantly settling for anything that can help us numb the pain.

Years, if not decades, pass us by. We become depressed and disillusioned, feeling that there is little hope left. It doesn’t have to be this way. While the time commitment of the DATA protocol might seem longer as compared with starting a new form of medication, it pales in comparison to the amount of time we tend to spend on getting nowhere, using traditional methods.

LWM: If someone wanted to do this on their own, could they? And can you also tell us a little more about next steps?

They absolutely could, using the steps outlined in the course. Years ago, one of my biggest frustrations came as a result of never having a clear roadmap in hand with time considerations and instruction in terms of what to do and when. That is no longer the case.

The currently available course on migraine frequency reduction will be helpful for anyone with migraines, irrespective of how long they have been suffering, as well as family and loved ones. I promise that it will change the way you think about how to go about reducing migraine frequency.

For those who might be interested but want additional information, you can drop us a line on our website so that we can hear from you.